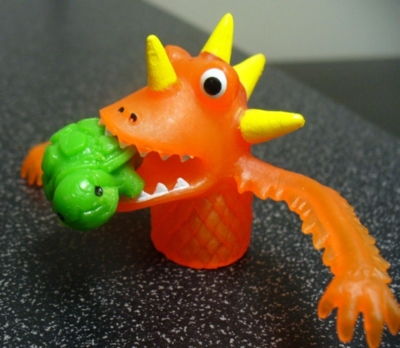 A skydiving picture on a business mag