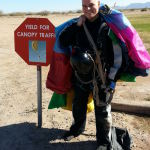 By FlyingRhenquest, October 22, 2013 in The Bonfire