FFC coaches, what would you do? 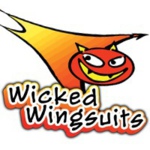 Even with such rules you will still have stragglers....don't kid yourself that creating a police will actually solve all the issues.

Sure, and then you have the locals for peer pressure when that happens. Think of it as a two-layer firewall. Top layer = national rules. Bottom layer = local peer pressure.

I prefer concepts like mentoring and education over rules and enforcement.

Who says we have to choose one or the other? They are not mutually exclusive. Why not use both? For those who respond properly to mentoring and education, the (hypothetical) rules will never even get in their way.

It has worked for every other discipline in skydiving EXCEPT swooping. I do think wingsuit upsizing is a fair comparison to canopy downsizing however I think the risks are not similar.

I keep hearing "if we had gotten ahead of swooping 10 years ago...". However my opinion is that our discipline is conducted at an altitude where it remains more similar to CRW, Belly, Freefly and even skysurfing than it does swooping. The crowd pleasing pressures do not exist and neither does the ground.

If I wanted to be regulated I woud move back home and join the BPA.
Summer Rental special, 5 weeks for the price of 4! That is $160 a month.

Try before You Buy with Wicked Wingsuits - WingsuitRental.com

It has worked for every other discipline in skydiving EXCEPT swooping.

Nothing works for every skydiving discipline, and nothing works all the time, as you pointed out above. Hence my points about a 2-layer system providing more security (while of course still being imperfect).

If I wanted to be regulated I woud move back home and join the BPA.

It's clear you "don't want to be"... but can you admit that an extra layer of security has positive aspects (it may prevent someone from getting through) in addition to the negative aspects (you don't like it)?

I don't think anyone likes being regulated. I'm still not even sure where I stand on all this but I am trying to address the potential positives.
www.WingsuitPhotos.com