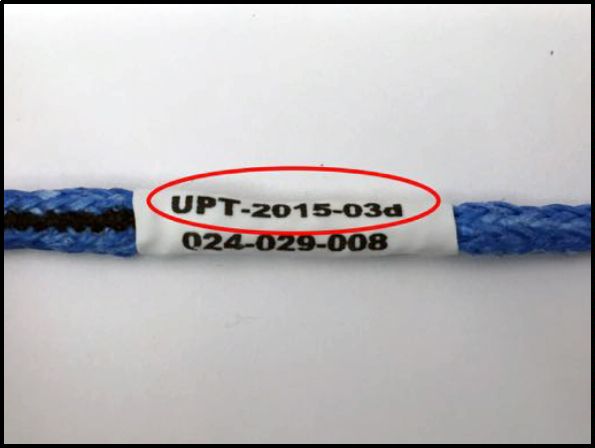 To prevent minor fuzzing and color loss, and to make the finished Spectra reserve ripcord easier to thread through the housing, the finished ripcord is lightly coated with the same polyurethane compound used by Spectra line manufacturers to increase suspension line life. This process increases housing drag slightly but still keeps it below that of stainless cable.

It has recently come to our attention that some Spectra ripcord cables manufactured in late 2014 and 2015 were coated with the wrong mix of polyurethane and water, possibly resulting in higher pull forces because of increased housing/ripcord friction. While we believe that this affects only ripcords manufactured from December 2014 to May 2015, we are going to consider all 2014 ripcords suspect.

While have been no reported hard pulls in actual use, we will replace all affected ripcord cables free of charge. Because this will take time, we have devised an interim solution that will keep all affected rigs in service until the replacement Spectra ripcord can be installed.

1. The interim solution must be accomplished before the next jump on the equipment.

2. The replacement ripcord must be installed at the next scheduled repack, no later than December 31, 2015. After this date, all containers with affected spectra ripcords are grounded until the replacement is made.

The rig owner, or a parachute rigger, can perform the procedure; the reserve does not need to be opened. It should take no longer than a few minutes.

In this video the procedure to complete the interim fix is shown. As noted in the bulletin, these steps are to be taken prior to your next jump and installation of the new spectra ripcord should take place during your next scheduled reserve repack.

1. Put the ripcord side of the harness over your knee

2. Remove the ripcord handle from its pocket

3. Grip the other end of the ripcord just above the pin

4. Applying moderate downward pressure to remove the slack, slide the ripcord back and forth in the housing for 10-15 seconds at 2 cycles per second. Look at the ripcord pin as you perform the procedure to avoid moving it or breaking the seal. This will smooth the excess polyurethane coating thus reducing the pull force

5. AFTER performing step #4, spray a one second burst of pure silicone spray (available at hardware stores) into each end of the housing. This will serve to further lower pull forces. We have not tested any other lubricants, so it is important to use only a “pure” or “food grade” silicone spray because other ingredients might damage the bungee cord inside the ripcord. DO NOT spray the silicone before step #4, as this will make the housing too slippery to smooth the polyurethane

6. Slide the treated ripcord back and forth in the housing under moderate tension 5 times to evenly spread the silicone. Again, be careful not to break the seal

Although this procedure will restore normal pull forces, it will require periodic re-lubrication with silicone spray at monthly intervals, and it must be considered a temporary solution, to be used only until you install the replacement ripcord cable. 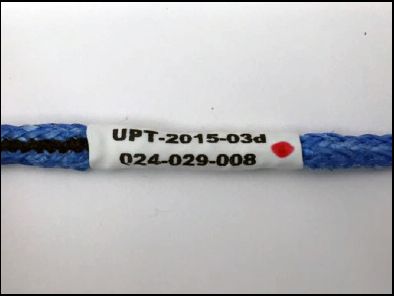 As a reminder use a Sharpie or similar permanent marker, and put a visible dot on the ripcord data sleeve. This will represent the initial treatment performed in June.

When you re-lubricate in July, put a second dot on the backside of the data sleeve, a third in August, and so on, until the replacement can be installed. This will allow any jumper to keep track of the monthly lubrication while the interim solution is in effect.

When replacing the Spectra reserve ripcord, the rigger will reuse your existing handle and RSL pin

1. Take a clear photo of the ripcord data sleeve. We need to know your ripcord length.

2. Write down your rig serial number.

3. Go to UPT Vector for more information on requesting a replacement of the Spectra reserve ripcord

UPT is working as quickly as possible to build replacement Spectra reserve ripcords, and will get them out as soon as possible. Until you obtain and install your replacement, you may use the current one as long as you follow the directions of the interim solution.

If you elect to replace the ripcord cable prior to the due date of your next reserve repack, the rigger who did the original pack job, may be able to install it without opening the container. After resealing the container, the rigger must indicate this PSB has been complied with on the packing data card. The original (next) repack date remains the same as it was before ripcord replacement.

In the US, maximum allowable pull force is 22 pounds (10 Kilograms) with the rigger’s seal in place. This force, measured at the ripcord handle, is a combination of the force required to move the pin, the housing friction, and the force required to break the seal thread. The standard does not specify how this is to be measured, but there are basically only two ways, which could be called “Static” or “Dynamic”. The static force is measured by pulling the ripcord handle very slowly while it is attached to a hand held spring (fish) scale. To measure the dynamic force, where a ripcord is pulled quickly, as in real life, requires a digital scale with the correct sampling rate and peak force recording ability. Our tests using such equipment show that dynamic pull force is often less than half of the static pull force.

This research confirms an important fact of which all jumpers should be aware: A quick "jerk" on the handle will give a much easier pull than will a slow steady application of force.