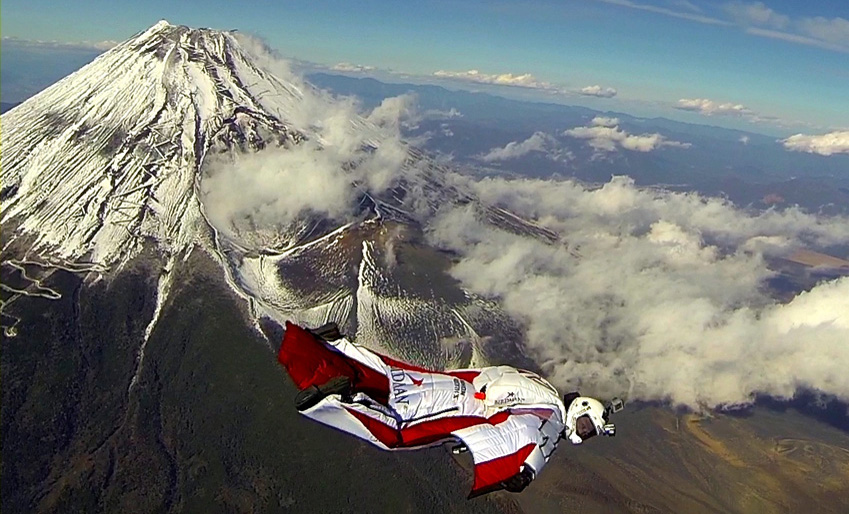 Last Friday Jari Kuosma and Shin Ito performed wingsuit flights over Mount Fuji, Japan. Mt. Fuji is Japan's largest mountain, at 3776 meters in elevation. The flight was part of an upcoming Japanese documentary feature named "Jounetsutairiku" which is being broadcast by MBS. Both Jari and Shin, exited from helicopter at 12 500 feet. Shin Ito is a world record holder in wingsuit flying and Jari is both a professional wingsuit pilot as well as the owner of Birdman. The documentary will be aired on the 1st December 2013. 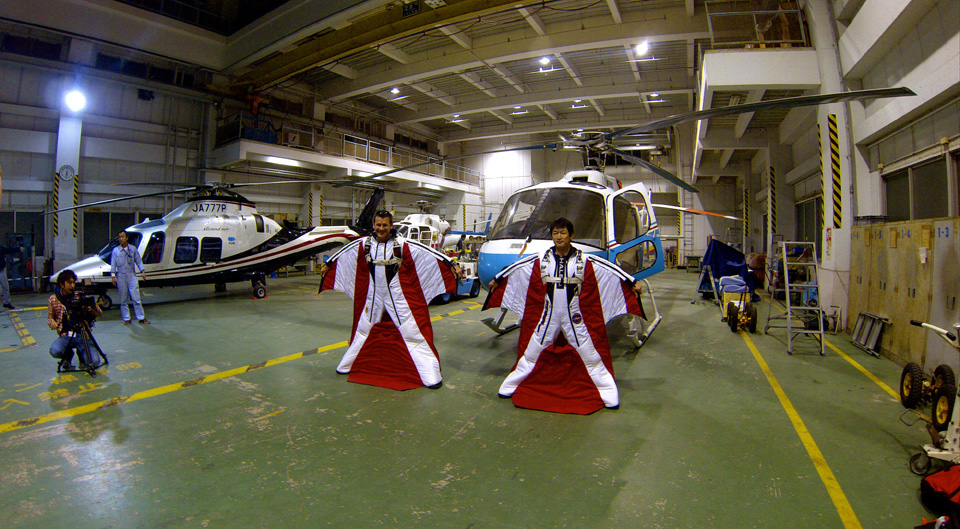 "Part of the preparation was to check our jump craft, Eurocopter AS 350, that turned out to be a perfect lift, 10 minutes to altitude and very convenient stepping skis." 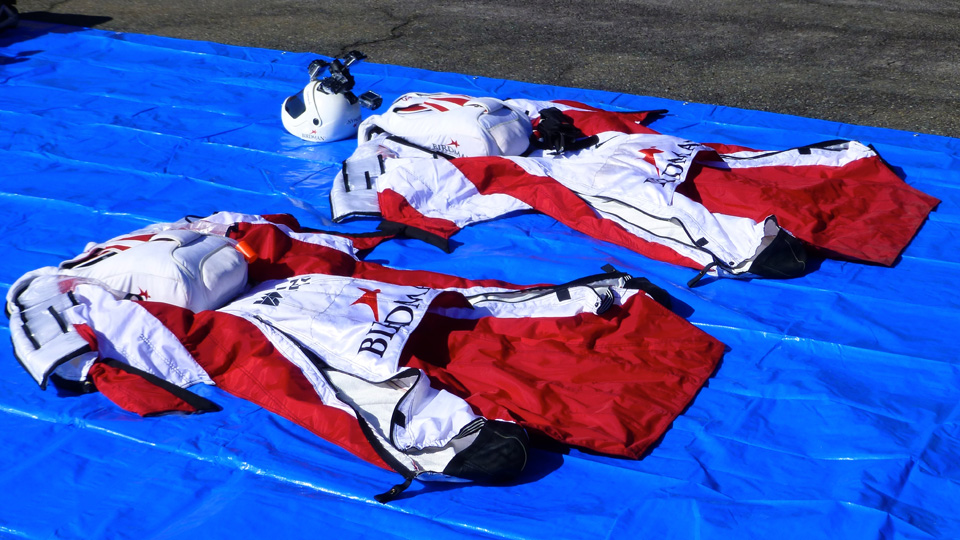 "Our wingsuits taking a rest under the Japanese sun. BIRDMAN Katana was our primary equipment for the flights. The brand new wingsuit design is still a prototype and it is made for to reach very high speeds to cover the maximum distance." 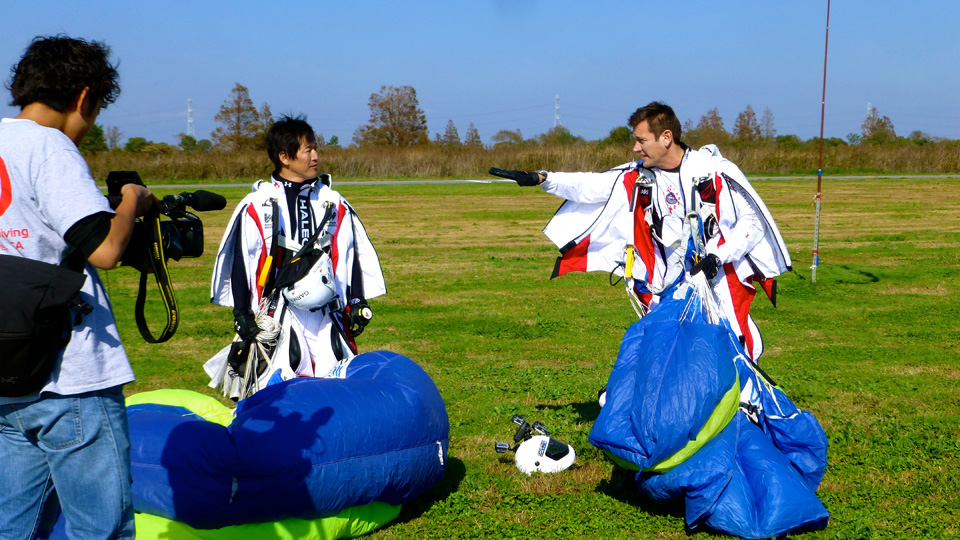 "We spent one day getting used to Japanese air near Narita airport. Airspace is very limited and we can only get 8000 ft., which is the max we will get at Fuji, 8000 ft. AGL." 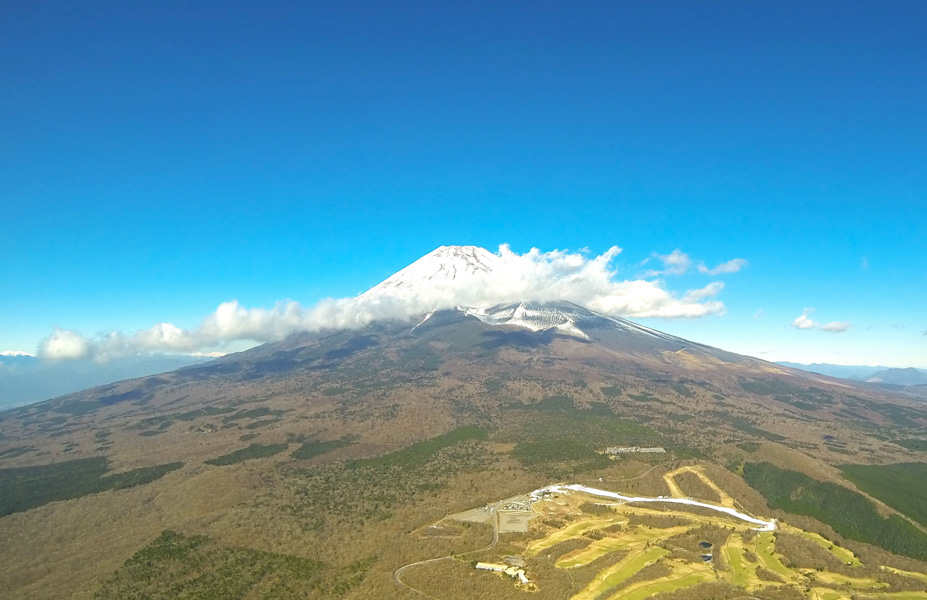 Mt. Fuji seen from freefall before opening the canopy. The weather conditions can change quickly at the mountain and winds regularly exceeds over 100 km/h on the top, like the jump day afternoon. 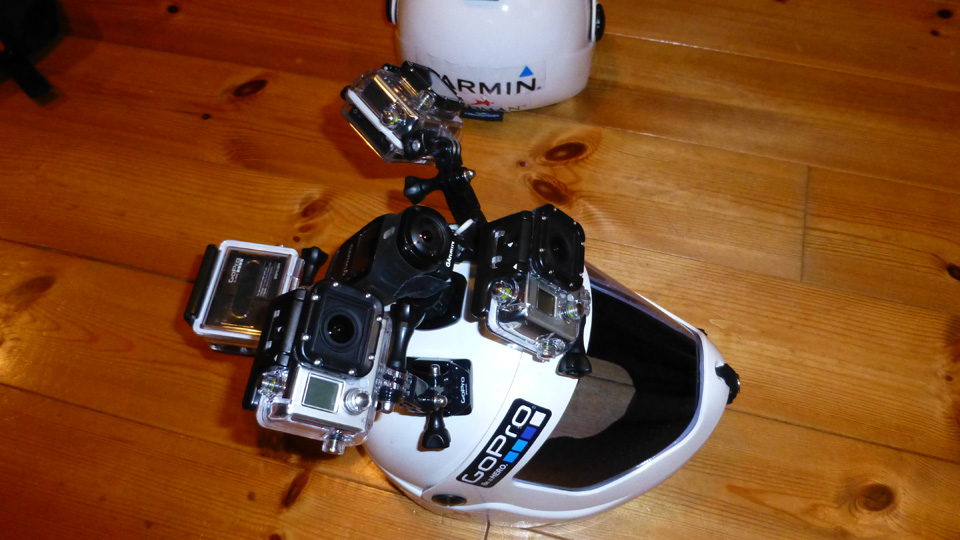 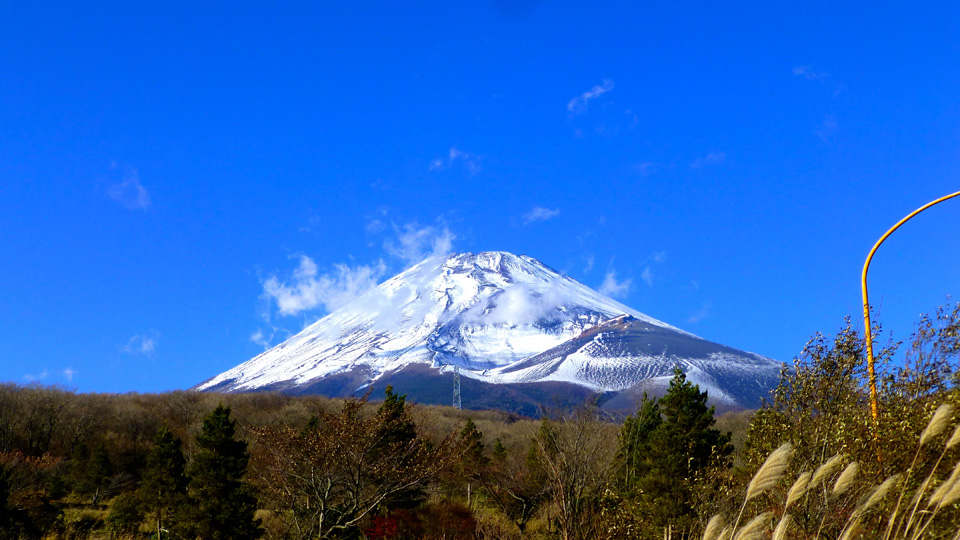 Mt. Fuji in an active volcano that erects to 3776 meters. Wind direction is west most of the time and the wind speeds exceed 10 m/s over 300 days a year. Team Fuji Birdman was prepared and had permits to wait for three weeks for the right weather conditions. After a three day weather hold three jumps were made November 22nd 2013. 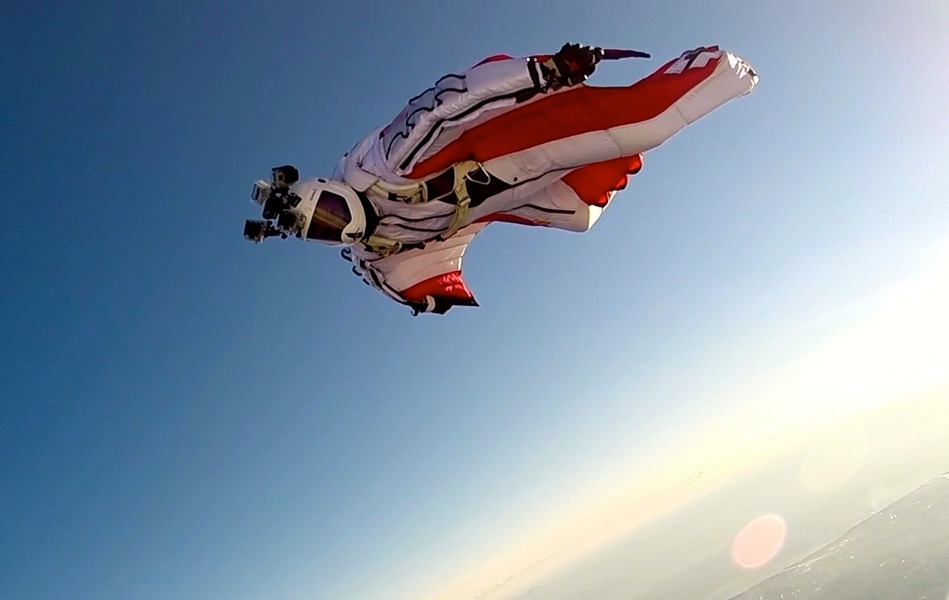 Jari Kuosma carrying five cameras to capture all the action from different angles. 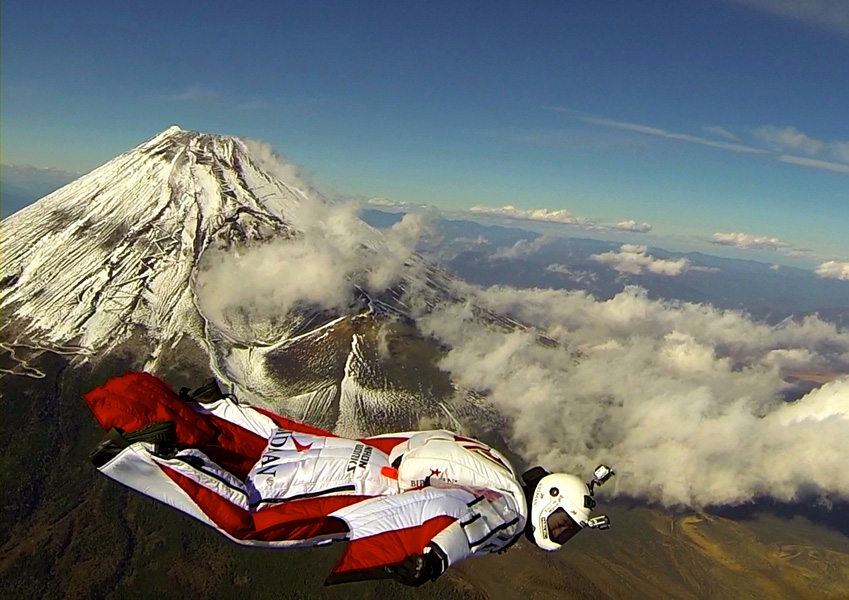 Shin Ito flying towards the DZ 3 km away, an empty parking lot that also served as a heli-pad.

Last poses for the film crew of Shin & Jari after a very great day. Fuji-san on the back ground.