Seven Years In Nepal – The Story of Everest Skydive

A Himalayan Adventure That Continues To Reinvent Itself

In late October 2014, Everest Skydive is set to enter into it’s seventh year of operation and make it’s eight expedition into the Nepali Himalaya bringing skydiving back to one of the earth’s most remote locations. In between the traditional scenery of climbers, trekkers, sherpas and porters, skydivers and their parachutes will once again be seen flying through the skies of the Khumbu region and Sagarmatha National Park. Arriving at this point, entering a seventh year after the first skydives were made in 2008, has been a path as challenging as any of the paths that lead to Everest Base Camp. Each year, as logistical challenges emerge and operational needs change, the expedition faces a year long challenge to bring skydiving back to Nepal. “Eleven months of hard work for one month in the Himalaya working even harder” has been the mantra of the team and expedition, composed of an international mix of skydivers and mountaineers.

Over the years Everest Skydive has seen many changes. Whether it was aircraft support shifting from the Pilatus PC-6 to the AStar B3, or helping promote charities like Global Angels, to opening up new remote dropzones, the Everest Skydive expedition has constantly evolved to meet the needs of the local Nepali tourism industry and to bring high altitude skydiving and canopy flight to higher and higher dropzones. Seven years ago, the idea of safely landing sport and tandem parachutes at 12,350ft MSL was considered by many to be an impossible task. Yet, as each expedition successfully ventured further and further into the Himalaya, landing parachutes closer and closer to Everest Base Camp, this team of international skydivers proved beyond a shadow of a doubt that with today’s modern parachute designs providing cutting edge technology and performance envelopes, that high altitude parachute landings were not just the realm of stuntmen and world record seekers. As each year came and went, stand up landings at dropzones at 15,000ft MSL in Ama Dablam Base Camp, or 16,900ft MSL into the Gorak Shep lake bed, or even 17,192ft MSL onto the Kala Pattar Plateau proved that modern canopy flight and landing was sustainable at these altitudes. 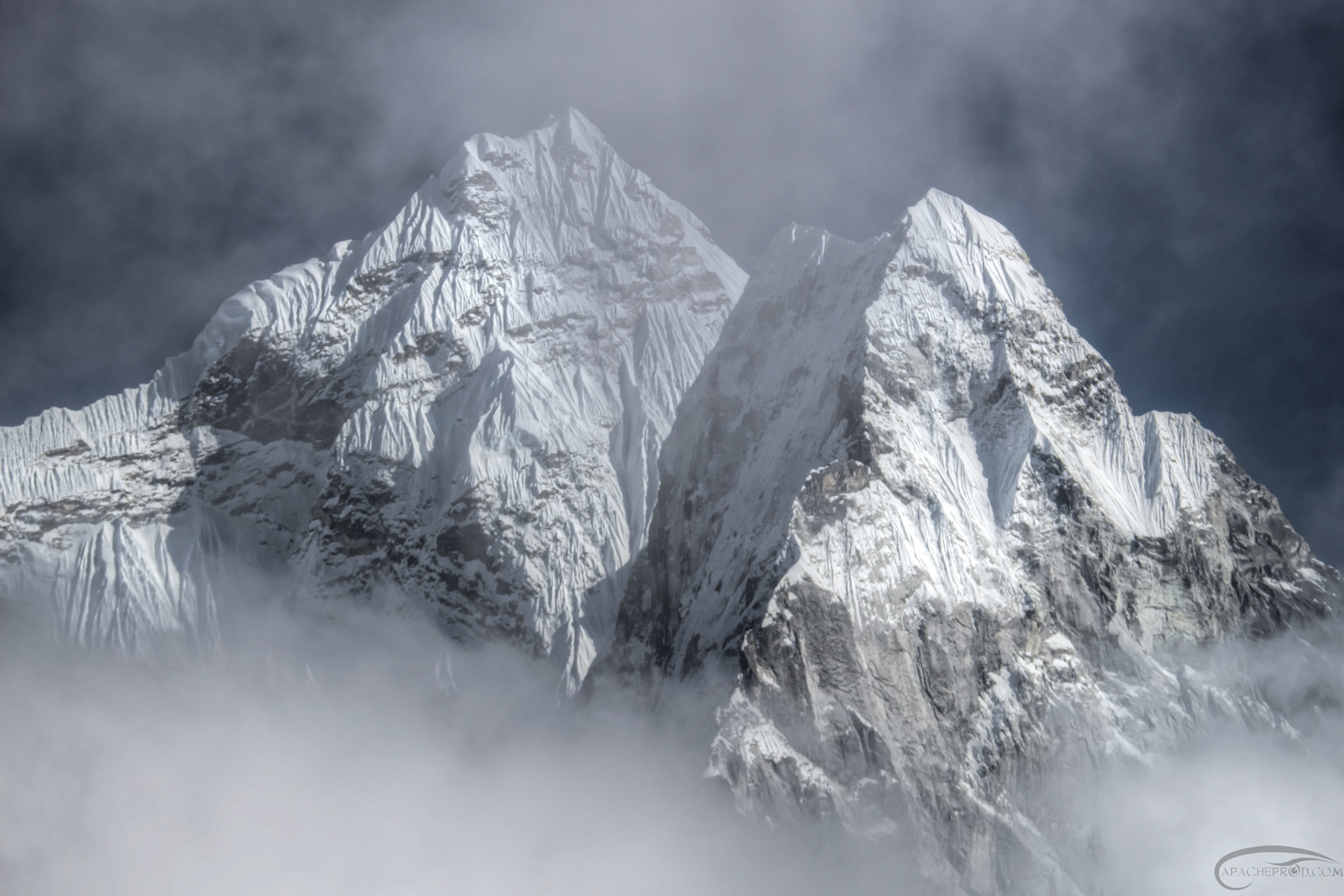 As each expedition would come to a close however, the team would search the Nepali landscape for new and exotic locations to bring skydiving into. After establishing those four dropzones in the Eastern Himalaya, the team’s founder Suman Pandey suggested the team head west to Pokhara, a lakeside Nepali tourist location beneath the Anna Purna Range of the western Himalaya. With a DZ elevation of 3,300ft MSL, Pokhara Skydive allowed for the Everest Skydive Himalaya experience without the added cost and complexity of the bail out oxygen systems that the higher eastern Nepali Himalaya region required. Pokhara Skydive then evolved into Everest Skydive’s first “consumer friendly” (not incredibly expensive) skydiving expedition for local tourism based sport and tandem skydiving. Not to be content with just bringing skydiving to the western Himalaya however, the team “borrowed” an AStar in 2013 and went scouting for another remote high altitude location. They found it in a village called Manang, located in a valley with an elevation of 11,500ft MSL, and with the help of the local government, were able to create a sustainable high altitude dropzone in Manang, Nepal as well. 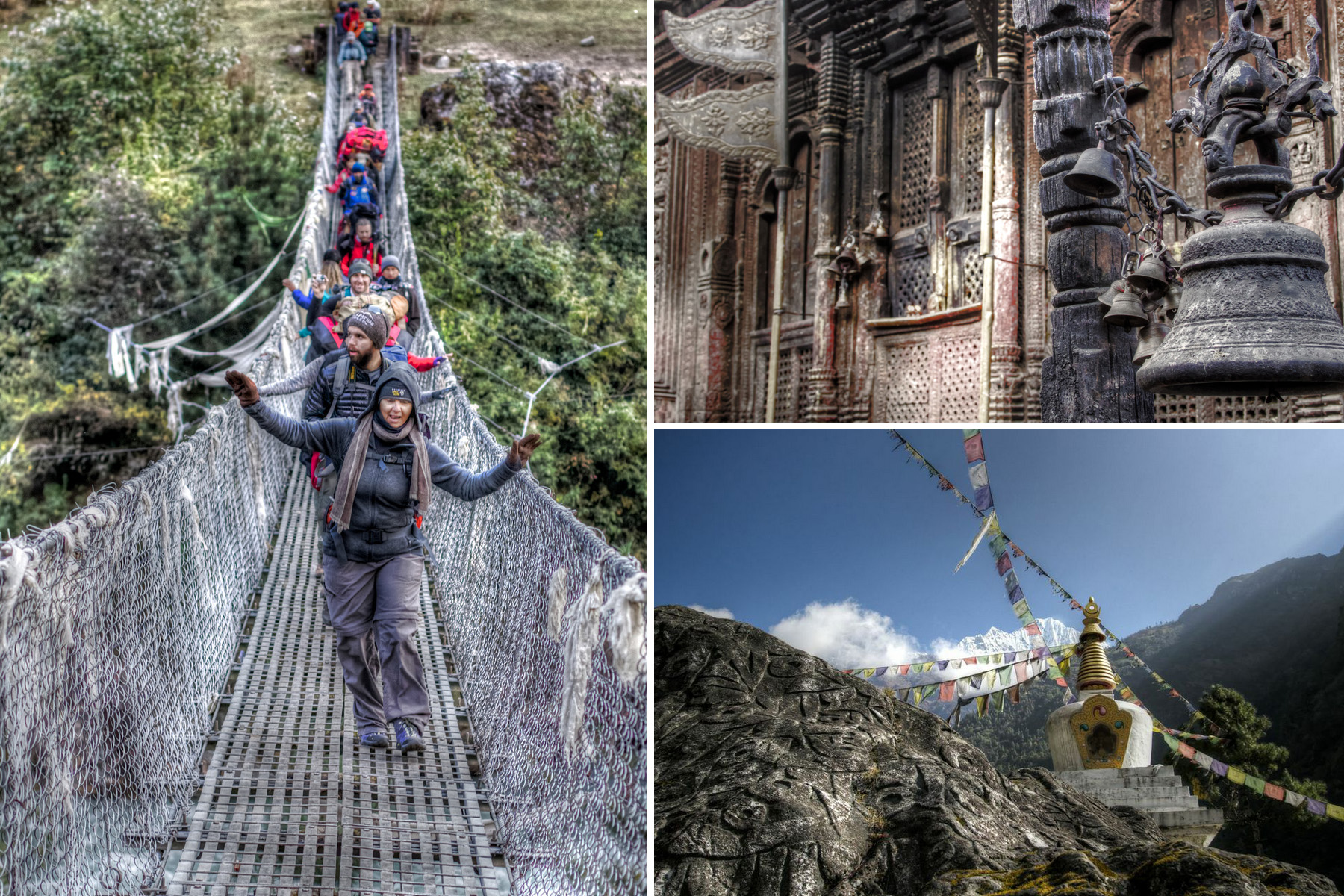 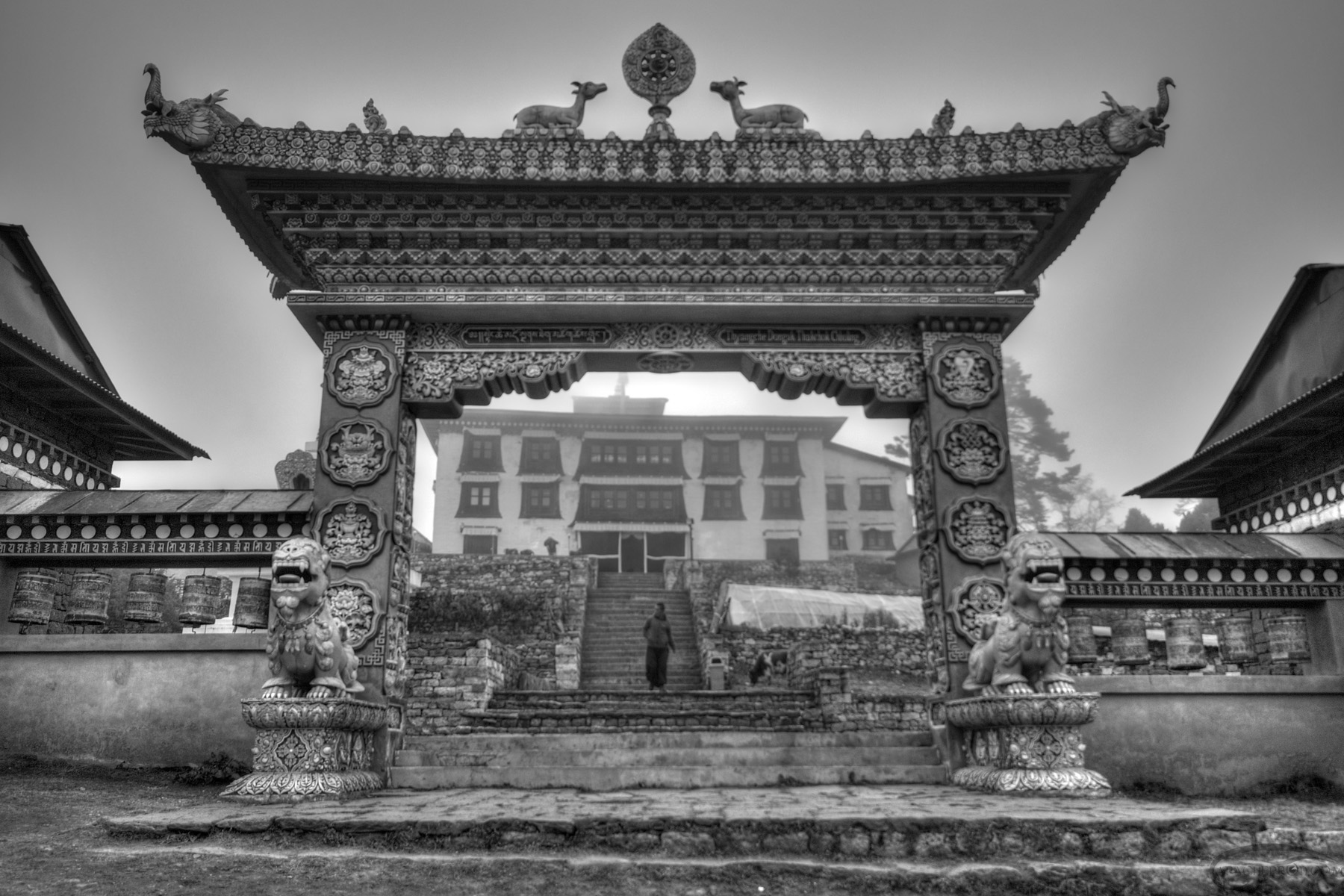 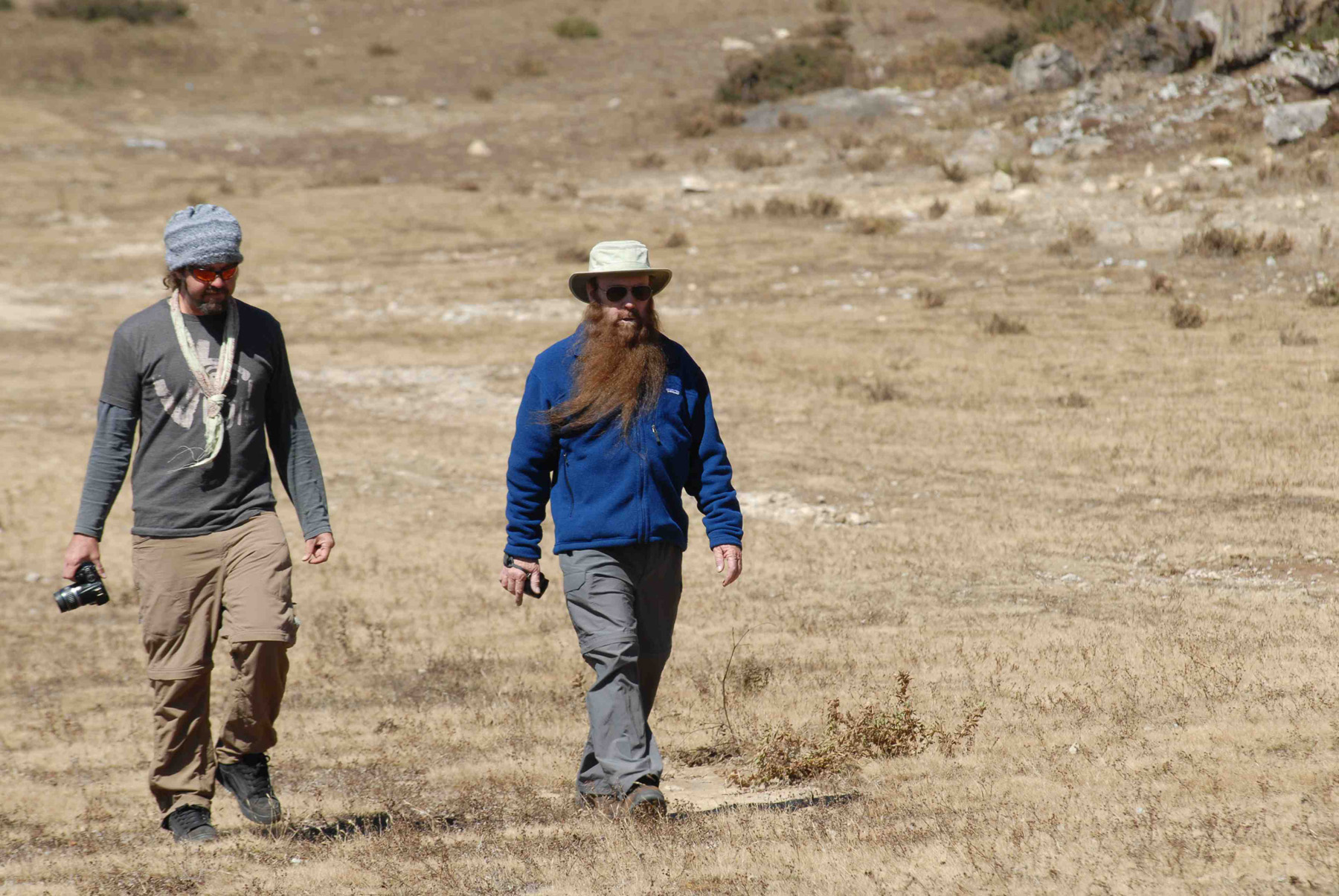 One of the strengths of the Everest Skydive expedition and it’s Everest Base Camp and Pokhara Skydive evolution is in the company that the team works with. Fishtail Helicopters has been providing Everest Skydive and their guests with the world’s most reliable high altitude helicopter support. And in a region like the Himalaya, the word “reliable” can be the difference between skydiving all day in a remote location or sitting on a hillside wrestling a parachute container away from a local yak…….Helicopter support for jump operations, helicopter support for medical evacs if needed and most appreciated it would seem……helicopter support to depart the Himalaya after reaching Everest Base Camp. Most everyone that reaches Everest Base Camp feels a little tinge of anxiety as they start to head back down the mountain, as they suddenly realize, with their goal behind them, that they still have a 3 day walk back out of the park to catch a Twin Otter back to Kathmandu. Not Everest Skydive and it’s group however……since the team works directly with the AStar owners, they coordinate flights out from the Himalaya the day after reaching Everest Base Camp. Facing a 3 day walk, instead the team flies out on an 8 minute terrain flying AStar flight back to Lukla Airfield, back to the world. The word “epic” can be a cliché at times, not here though, not on this flight. It has to be experienced to understand it, but for those that already have, they know. 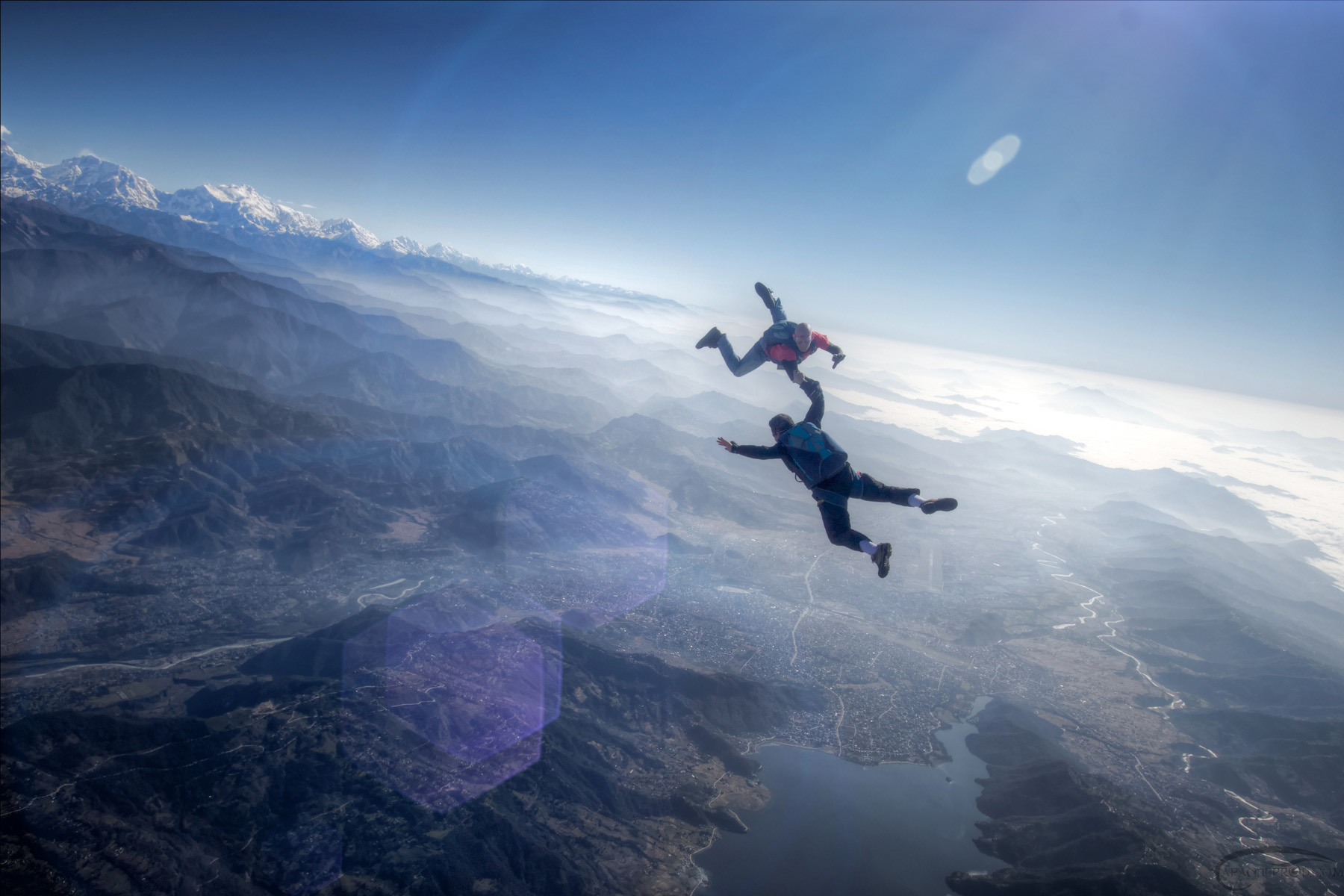 That’s the story more or less, seven years of hard work by a small group of highly motivated international teammates that continue to bring the “top of the world” within reach of the skydiving universe. It’s an expedition that continues to grow and evolve like the remote ecosystem around it. And at the end of the day, whether it’s skydiving beside Mount Everest or sharing a lemon tea with a sherpa family and friends, the Everets Skydive expedition continues to make the world a little smaller by bringing people together from different cultures and countries and giving them all the same thing to believe in, that people are capable of accomplishing anything as a team.

For more information on Everest Skydive, you can contact Tom Noonan via e-mail.