The Ground Launch CenterTM has implemented a new program designed to teach non-skydivers the art of canopy piloting. The center is a playground for experienced pilots, and provides a solid training environment for all levels of canopy pilots. The GLC offers advanced canopy control, Blade running activities and canopy piloting training to low time skydivers. Jim Slaton, who started the center, has put much of his focus into creating a solid training program that can even teach non-skydivers how to fly a parachute before they make their first solo skydive! Jim believes ground launching will play a huge role in the future development of canopy pilots and canopy piloting (a.k.a swooping) as a sport. More on that later…

After a full season of development at the center Jim finally accepted his first non-skydiver into the program. Why would a non-skydiver want to learn canopy piloting you ask? The first student pilot was a 49-year-old male from the Northeast U.S. that had made a few tandem skydives over the last couple of years but was terrified of the canopy flight. He had flown in the wind tunnel in Orlando, and was comfortable with his freefall abilities, but not his actions under an open parachute. He read about the Ground Launch Center™ in Skydiving magazine and contacted the center for training. Jim had just finished the "Zero Intro" program for the center, which was designed to teach non-skydivers canopy piloting through tandem progression and a series of hovering flights. The Zero Intro training begins with an introduction to the modern ram-air parachute and it's design parameters.

When the student can fly all aspects of the pattern, demonstrate full control of the parachute and land the tandem on a designated target several times they are allowed to make their first solo flight. The student makes their first solo fight with the same Set 400 parachute they were flying during the tandem progression phase. They are taken back to a small training hill with a gentle slope that allows for very little altitude and flight time. The student and instructor are both equipped with a voice activated radio. The instructor assists the student through the launch and guides them through a short flight and into the landing area. The student continues with these low level flights until they demonstrate full control of the parachute and land (standing up) on a designated target several times.

The student then graduates from a Set 400 to a 240 square foot parachute and conducts the same set of maneuvers as before. When the student has demonstrated proficiency with the 240 on the training hill, they are moved up to the 600ft launch site. When they prove proficiency on the 600ft hill they are moved up to the 800ft hill where they have enough flight time to perform a full set up, approach and landing, solo. In the case of our 49 year old male, he made 13 tandem launches with the instructor followed by 12 solo flights under a 240 in three days of training at the center. After the tandem progression phase of the training he was able to run a pattern and perform a stand up landing in the designated area on every solo flight! After successful completion of the GLC's "Zero Intro" program our 49-year-old male enrolled into the AFF course and is soon to become a licensed skydiver.

The center is not only breeding better canopy pilots for skydiving, they are breeding a new generation of canopy pilots that are pushing the very limits of the ram-air parachute. For the first time ever, other professional athletes and aerial enthusiasts can get involved with parachuting without some of the restrictions that come along with skydiving. We are not talking about Paragliding (also conducted at the GLC) but more like "speed gliding" with the appeal of Swooping and BladerunningTM. If you want to see some of what we are talking about check out the Pro Tour's latest DVD entitled GRAVITY PILOTS "Canopy Piloting Revolution" at www.gravitypilots.com or find more info on the Ground Launch Center™ at www.canopypiloting.com 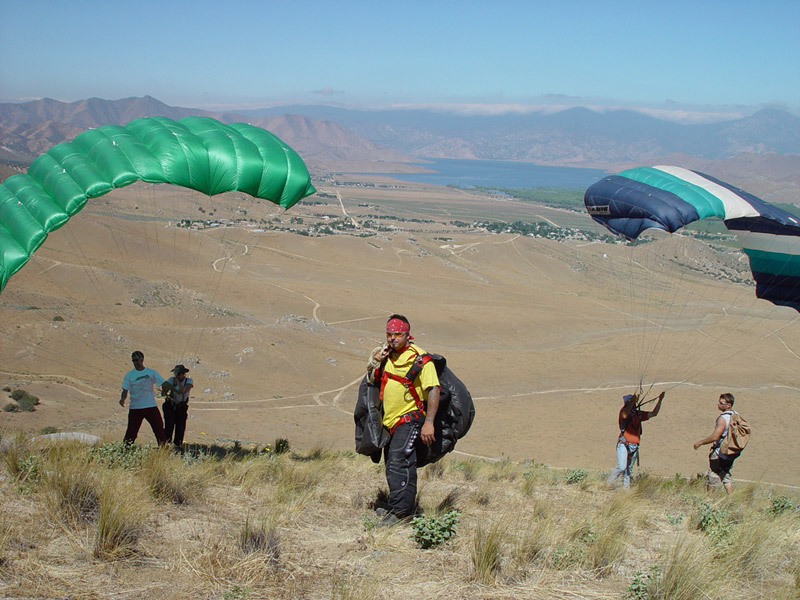 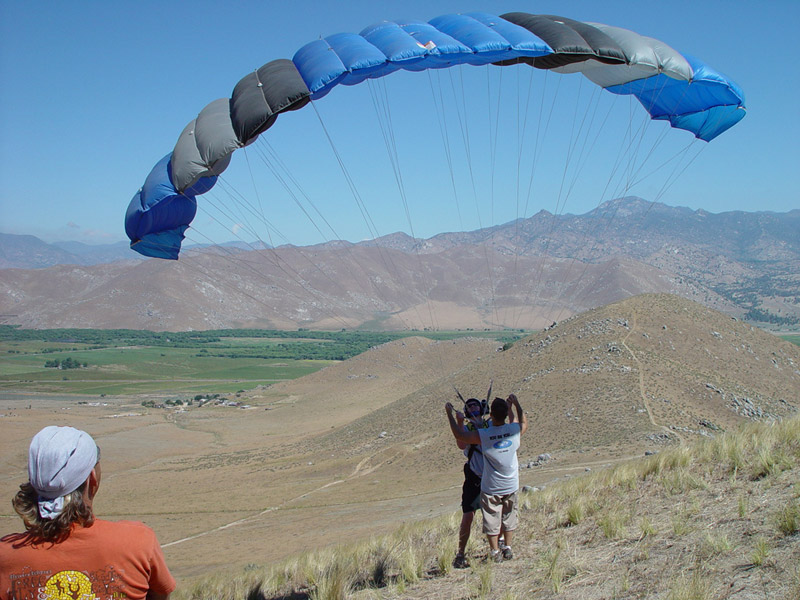 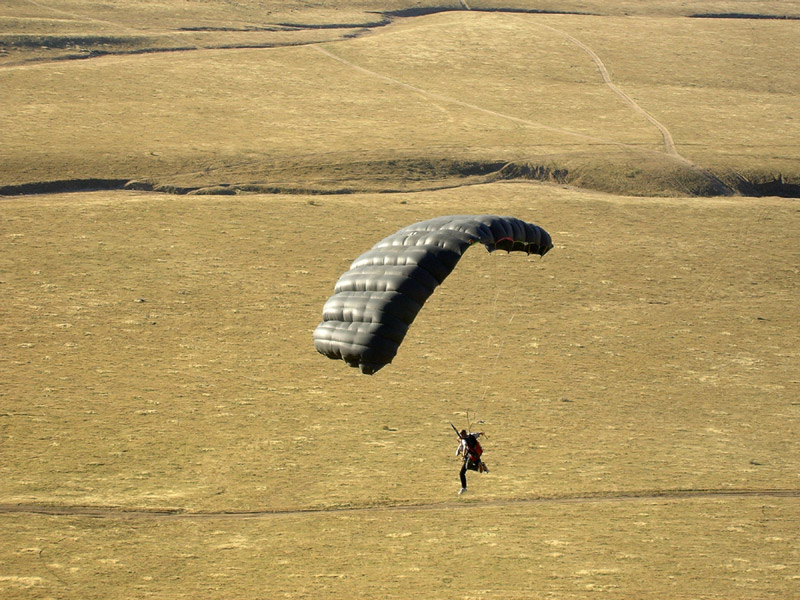 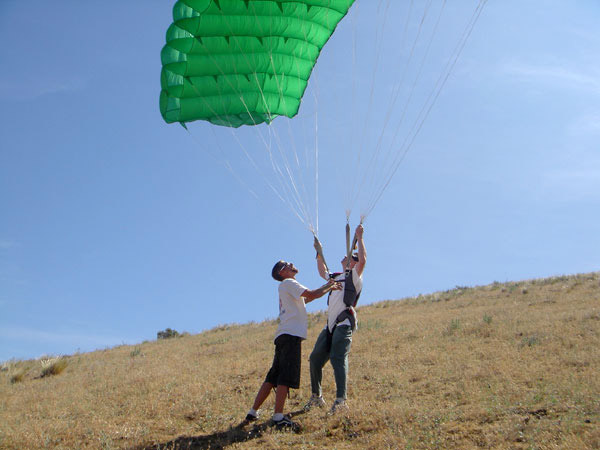 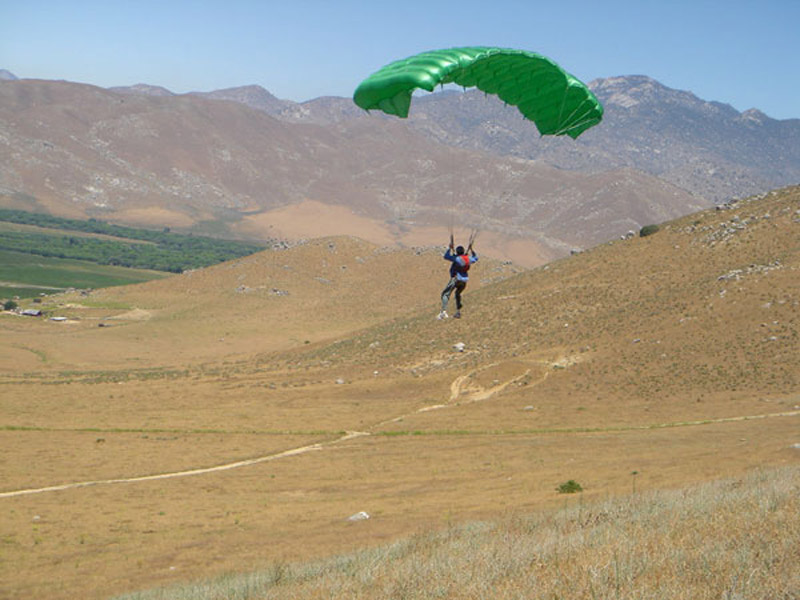