When I graduated from college I headed west and became a wildland firefighter. Over the course of a decade I fought fire from Arizona to Alaska. During that time I worked fire with a variety of agencies and units ranging from prison crews, BIA crews, and hotshot crews. From time to time I also crossed paths with smokejumpers, and always felt obligated to kick it up a notch when in their presence. That was for good reason, for among firefighters smokejumpers are at the top of the food chain.

Smokejumpers are often dropped into fires that are too remote for ground based firefighting resources to reach. They are deployed to fires shortly after they ignite while they are relatively small with the intention of putting them out before they grow into large conflagrations. They are left to their own resources to extinguish the fire, hopefully within a day or two of being dropped on the fire.

If the smokejumpers are unable to quickly extinguish a fire, other resources are typically brought in on the fire within three days. Once other firefighting crews are in place, the smokejumpers return to their base of operations and await another call to deploy quickly on a fire. However, this is not always the case, as smokejumpers have been known to spend over a month on some fires. 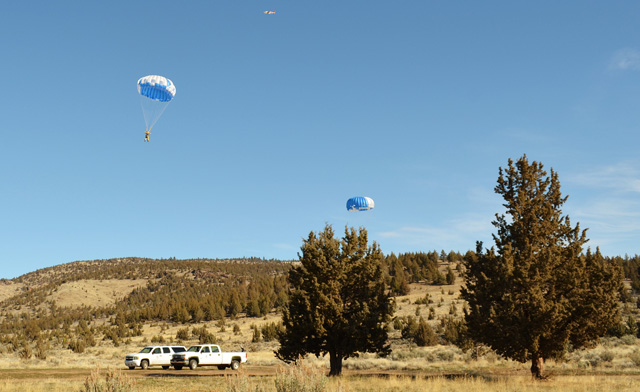 Smokejumpers typically spend several seasons as a hotshot, an elite ground base fire crew, before applying to be a smokejumper. Experience as a firefighter is critical to making it as a smokejumper whereas previous experience parachuting out of aircraft is not a requirement. In a given year, only a small number of those that apply make it as a smokejumper.

Smokejumpers undergo rigorous training where the washout rate is high, either from injuries or from being unable to keep up with the physical training. Training consists of a large amount of physical workouts which include calisthenics and running. Classroom time is devoted to a range of topics including CPR/First Aid, parachute manipulation, pre-field exercise briefings and post-field exercise debriefings, and tree climbing.

Field exercises are designed to make the candidate competent enough to successfully handle the diverse number of situations a smokejumper will encounter during smokejumper operations. They include cross cut and chainsaw use, map and compass orientation and tree climbing. Parachute training initially includes mock ups of how to successfully perform airplane exits and landings. Before a rookie smokejumper can make their first practice jump, they must successfully pass through the field exercise training. Rookies must then make a total of 15 practice jumps into a variety of jump spots with each successive jump increasing in difficulty.

At any point in the training a rookie may be let go if it is determined that they may be unable to meet the challenges of the job. They are constantly being evaluated on their attitude, fortitude, and leadership qualities. Candidates must be self-reliant yet also work well in a team environment. They must also exhibit flexibility and adaptability as they must be quick to adapt to the ever changing dynamics of a fire. 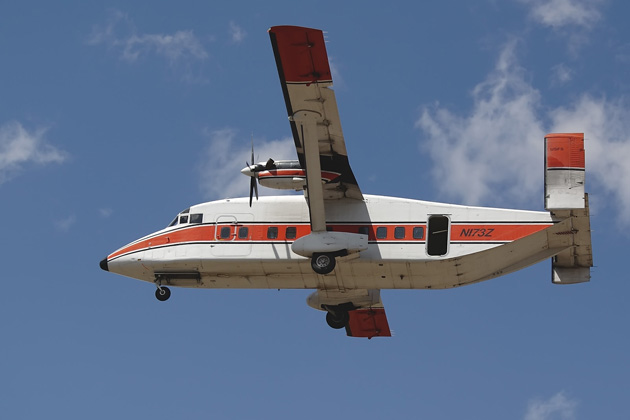 The size of the fire and the availability of manpower determine how many smokejumpers are deployed on a fire. A typical jump consists of two to eight jumpers and is usually made between 1,500 and 3,000 feet above ground level. Smokejumpers are used strictly for initial attack on a fire when other resources are not available. The first jumper on the ground takes the role of Incident Commander. This means a rookie jumper could be in charge of a much more veteran crew.

Parachuting into wilderness terrain is a stressful endeavor unto itself. Landing in an un-scouted forest meadow on the side of a mountain after navigating erratic wind currents is considered a great option. That is the easy part. The challenge is to safely and quickly get the fire under control or out and find your way to a pickup location so that you will be available to do it over again. This translates into long hours working on a fire, often through the night when the humidity rises and the fire tends to slow down.

Once the fire is put out or other resources arrive to take over, smokejumpers are released from a fire so they may be available as a resource for initial attack on other fires. For a smokejumper, a ride out of a fire by helicopter or on a four wheel drive vehicle is a luxury. Otherwise they must hoof it out on foot. When packing out on foot, they typically carry 100 lbs. of gear or more across rough, trail-less terrain.

Two types of chutes are used depending on which agency the smokejumper works for. The Bureau of Land Management uses the square or “ram-air” parachute while the forest service employs the round parachute.

Over top of their fireproof clothing, smokejumpers wear a padded jump jacket and pants made of Kevlar. A motorcycle type helmet is worn with a heavy wire-mesh face mask. Each smokejumper carries a small gear bag containing their water, gloves, fire shelter, hard hat, and other personal gear necessary to keep them active on a fire line for an entire shift.

Heavier equipment, such as chain saws, hand tools, enough food and water to last several days, and other gear is dropped separately and, like the smokejumpers, as close to the fire as possible without running the risk of having the fire burn it. Becoming hung up in trees is an occupational hazard and one smokejumpers train extensively for. In the event they become snagged in a tree each smokejumper carries a “let down” rope in their leg pocket for rappelling down from a tree.

Alan Carr is an avid aviation buff that enjoys writing on all aspects of the aviation industry. He currently works with globalair.com to provide resources on aircraft related information.