What You Need to Know About Opioids (Preferably, Before You’re In The Hospital)

Dr. Randy Brown of the UW STOMP Study Talks Us In 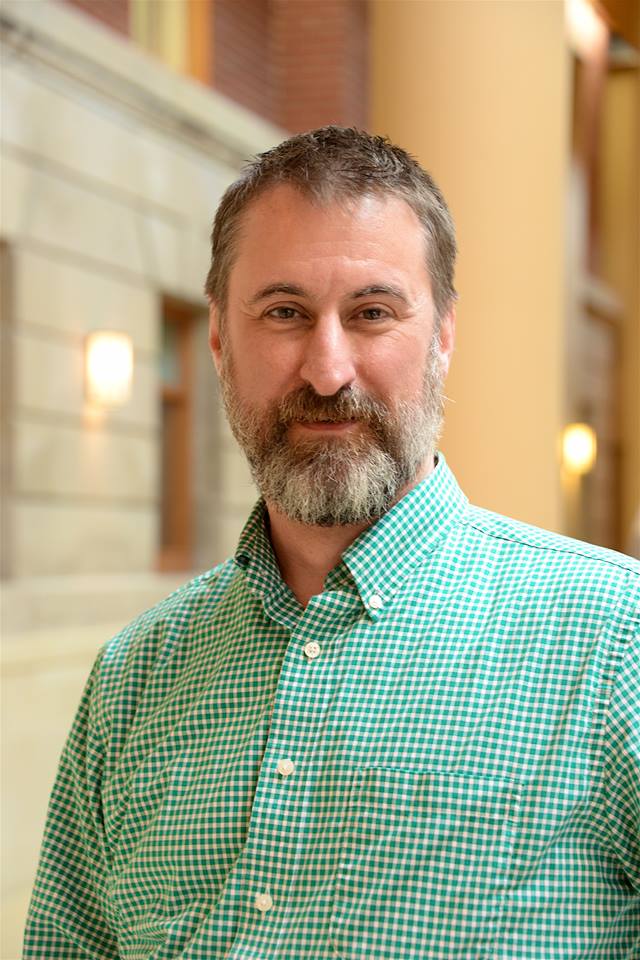 If you huck yourself out of aircraft for fun, you already know that it doesn’t always go according to plan. It follows that there are a couple of facts of which you should probably be aware:

If you’ve been in this sport for a while, you almost certainly know someone who ended up battling opioid addiction for precisely that reason. And, if you’re in a hospital bed with a ‘fun button’ under your thumb the first time you think about opioids, you might be in for a rough ride.

It was next to just such a hospital bed, after a very bad couple of days, that I first heard about the STOMP study. (“STOMP” stands for the Screening in Trauma for Opioid Misuse Prevention.) The three-year study, based at the University of Wisconsin School of Medicine and Public Health, draws on expertise in Addiction Medicine, Trauma Surgery, Public Health, Systems Engineering, Social Work, Pain Medicine, and Primary Care. The goal: to improve medicine’s understanding of opioid misuse and the development of addiction specifically in the context of traumatic injury (Ding! Ding! Ding!) and pain management. Ultimately, its goal is to develop protocols which will intervene early in the process to prevent opioid misuse, addiction and related complications.

The STOMP program is hope on the horizon. I reached out to the program’s Principal Investigator, Randall Brown, MD, PhD, FASAM, to get a little wisdom for those of us tossing ourselves into harm’s way.

Dr. Brown: I did my initial training in family medicine in California’s central valley, in a town called Modesto. At the time I was doing my training, the area was producing 90% of North America’s methamphetamines -- and consuming a fair chunk of it, as well.

In hospital, we saw a ton of complications resulting from injections, methamphetamine use, and the struggles in that population -- where, despite having a horrifically painful surgeries and hospital stays, would reliably leave the hospital and resume their use.

It made a deep impression on me. For someone to go through the pain these patients went through and return to the use so immediately, this addiction thing must be a pretty compelling state of affairs, and I don’t think the health care system, in general terms and settings, is adequately prepared to facilitate recovery from addiction. I found that troubling and fascinating, and so I pursued further training and gradually moved my focus from broader family medicine to substance use issues, prevention and treatment.

I came to Madison in 2001 to do a research fellowship. I have been here involved in that sort of work to some extent for 17 years now.

A: What changes have you seen in the field over that 17-year period?

Dr.: In brief, the opioid crisis the biggest thing that has emerged since I’ve been doing this. Opioids are a much bigger deal than they were when I started on this path. Substance use issues have always been a major problem -- and, currently, substance misuse is the most common root cause of preventable death and morbidity in the US. It shifts from time to time, but it is always there: whether it is alcohol, which is always there, or methamphetamines, or opioids, which picked up steam in the 90s. Opioids have really skyrocketed over the last 15 years.

A: How did opioids rise to power, would you say?

Dr.: The literature guiding pain treatment in the 90s evolved over a landscape of imperfect science. The message that experts in pain management were putting out there back then -- with fair frequency -- was that “we are not treating pain adequately.” They specifically meant chronic, non-cancer pain. The literature out there in the 90s insisted that we should be using opioids more liberally to alleviate that suffering. The literature insisted that addiction was rare; that complications were rare. Honestly, we didn’t really know otherwise. There really weren’t data out there to tell us that wasn’t the right thing to do, and it seemed like the right thing to do -- to alleviate pain and suffering.

The other thing that was put out there via the literature was that opioids don’t really cause any organ damage, so there wasn’t a clear ceiling to the daily dose. Again, we didn’t really have data in the literature to tell us otherwise.

Around 2009 and 2010, the state of science started changing a little bit. We did have studies appearing in the literature indicating that these higher doses were associated with greater risks, particularly for overdose and death. That’s where there really started to be a sea change around prescribing patterns; trying to rein in those daily doses; trying to bring them down to less risky levels.

On the flipside of that, from the public health standpoint, while it’s a smart move to reduce the absolute supply of opioids out there, the tricky piece is doing that in a reasonable and compassionate way, not cutting people off or assuming that these dosage recommendations are a hard ceiling for everybody. Opioids are still really important medications. They aren’t going to -- and they shouldn’t -- go away. We just need to be more mindful about monitoring their use, and educating patients about how to handle of them, to dispose of them appropriately if they aren’t using them.

A: Can you summarize the STOMP study for me?

Dr: STOMP recruits UW hospital patients who have been admitted for a traumatic injury. We collect information from them about their medical history, their personal history and their mental health. We then follow them forward for six months after discharge to collect further information that measures around mental health symptoms, anxiety, post-traumatic symptoms that may have developed as a result of the injury, information around their current opioid and other substance use patterns.

We are trying to tease the data apart to see if there is some way that, all the way back to the time of injury, we can identify some factors that are strongly predictive of someone developing difficulty controlling their use of opioids.

A: Let’s talk about my community: the “skyfamily” of airsports athletes. A lot of us are highly mobile, without an established healthcare provider, and a lot of us get injured when we’re traveling. Oftentimes, we’ll find ourselves inured far from home, where there the standards of medical care may be very different than we’re used to. Where would you suggest that folks go if they’re in that position and they need good information?

Dr: That’s a really great question. Honestly, when we were putting this study together, STOMP, Screening in Trauma for Opioid Misuse Prevention, I was not finding much of anything out there, to tell the truth, and this was only a couple years ago. The stuff that is out there in prominence and taken up widely really is more targeting chronic pain -- like long-term stuff.

The CDC has released a good set of guidelines regarding the reasonable taper rates for opioids and a patient information packet. The most common situation that folks struggle with after a more serious injury is that taper, and that information is good to have as soon as possible. These can certainly apply in situations with injuries which have resulted in severe pain that needs to be managed for a few or even several months.

The other information contained in those guidelines that I think is really important for folks to know regards the safe and responsible handling of opioids: storing them appropriately, not advertising to the world that you have them (because of the potential for being victimized) and the safe disposal of unused medication to protect public health.

In the setting of traumatic injury, I honestly have not been able to find a lot more out there. That’s why we’re doing this study.

A: Is there any additional wisdom you want to offer an athlete who suffers an injury and realizes that they may be facing the reality of a long-term course of opioid medication?

Dr: Recognize early that successfully navigating this process will take a collaborative effort with an established provider that can track your progress over time.

Even if you’re lucky enough to be living in a stable residence geographically, know that, in this clinical setting, you’re likely to be moving between specialists and other care providers. Sometimes, monitoring -- and appropriate care in coming off of higher-dose opioids -- can fall between the cracks. Establish a relationship with a provider and stick with it for a period of months. That’s a challenge anywhere, but particularly for folks who are highly mobile.

A: What are a couple questions that folks can ask of a potential provider to establish whether or not the provider they’re with has an appropriate functional understanding of opioids, so that we know that the experts we’re trusting really understand what they’re prescribing? Are there flags that can indicate if you are dealing with a savvy and empathic prescriber?

Dr: My instinct would be to ask that provider the fairly open-ended question around their philosophy regarding the use of opioids for managing pain after an injury.

Warning signs would be, for example, a provider who tells you that they “hate prescribing opioids, ever,” or, conversely, someone who says, “No problem! We’ll keep you on opioids as long and as much as you need them!” The provider should have a thorough, thoughtful answer to that question that incorporates a balance. That answer should involve informing you that there is some risk for physical dependence, but giving assurances that s/he will be here to work closely with you as you’re coming off of them when it becomes appropriate. You’re looking for a provider who demonstrates mindfulness of what physical dependence and opioid withdrawal is like, but isn’t someone who is just going to write the opioid prescription because it is the easy thing to do.

It’s important to differentiate between clinical and recreational use. One of the really important components of the studies on the therapeutic potential of Psilocybin and MDMA involves the pieces of the intervention referred to as “set and setting.” Set refers to a number of things, including a relationship that is built up with a guide, the development of trust, orientation to the experience, exploration of current symptoms of mental health issues or underlying issues and preparing the participants for the therapeutic session itself.

The setting can also be quite important. These supervised administrations tend to happen in an environment that is comfortable, homey, and not your typical clinical research, hospital-ish looking room, but the variables are still all under strict control, and the patient is being monitored by medical personnel. Both set and setting are understood to be really important to the potential therapeutic outcome. Recreational use takes all those controls away, so the extent to which those experiences can be therapeutic is a lot more unpredictable.

Luckily, we’re getting closer and closer. When these treatments will be approved is a little unpredictable, but both are moving toward FDA approval. We’re participating in the studies that will hopefully lead to that, but it’s probably a couple years down the road. It’s an optimistic future, for sure.

To learn more about Dr. Brown and the STOMP study, visit the study’s landing page at the University of Wisconsin School of Medicine website.