The topic of “Line of Flight” seems to be a mysterious, yet cool term that is often misused and/or misunderstood. As a freefly load organizer and instructor, I’ve realized the lack of knowledge about this subject so I figured we can take a moment and break it down: 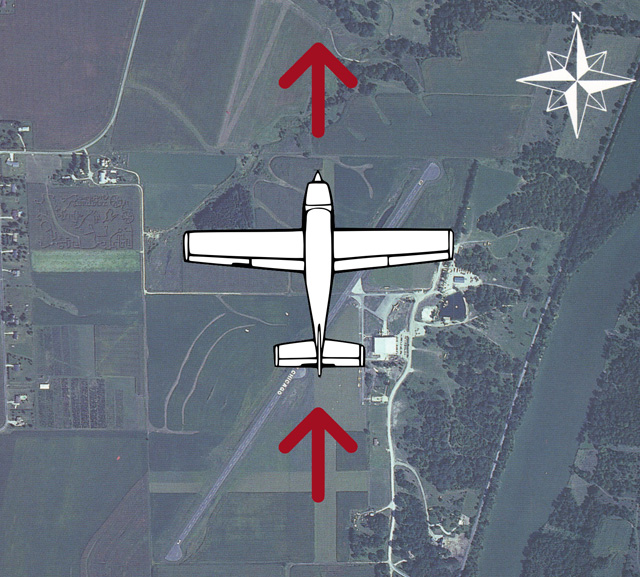 Line of Flight – The 3-dimensional profile of Jump Run 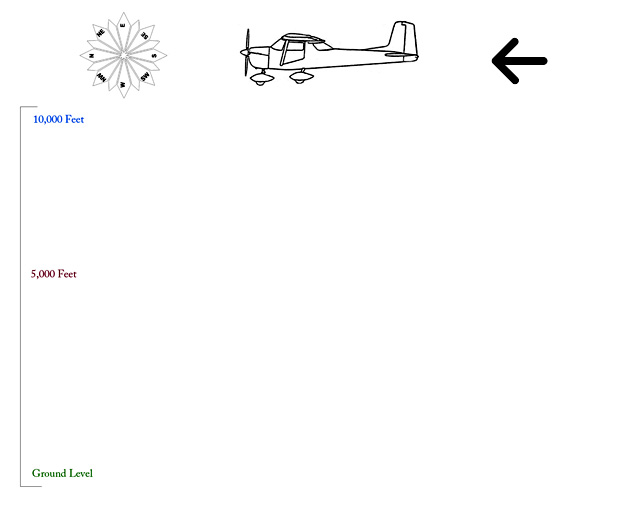 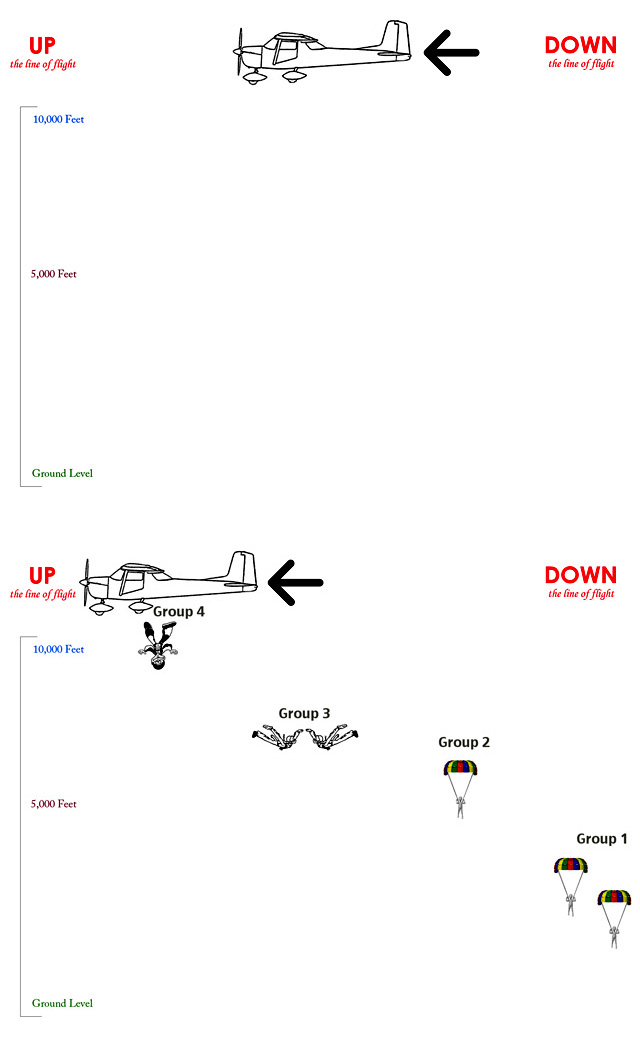 So, what makes this “Line of Flight” important? To avoid collisions!!

Taking into consideration the day’s Jump Run, the Exit Order for the load and Exit Separation for the day’s conditions, each group (assuming they are a traditional RW, Freefly, student or Tandem group) is given a “Column of Air” for freefall. If a group is moving towards the boundaries of their given column, there now exists a potential for a collision. 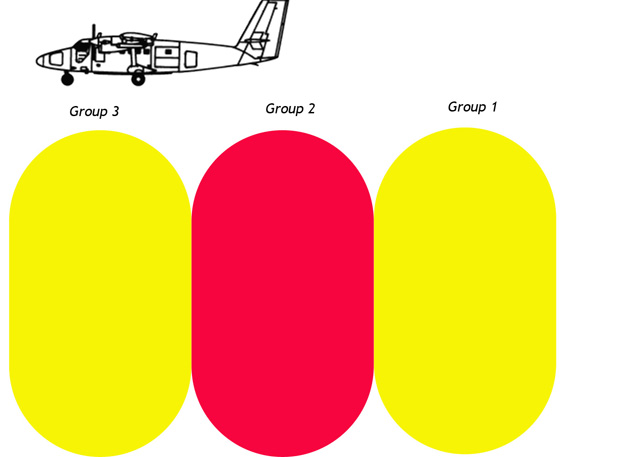 How does one get towards the boundaries of the column if they exited in the right Exit Order and given the appropriate Exit Separation?

Freefly speeds are increased from 120mph to roughly 150mph. Typically, new sit flyers have a tendency to lean forward which causes a dramatic backslide, which can cover a great distance. If that jumper is facing Up or Down the Line of Flight, they are increasing their chances of converging with another group.

A solution is to have newer freefliers identify themselves in the loading area, and let others know they’ll be taking the Line of Flight into consideration. Then make sure to face perpendicular to the Line of Flight during freefall.

To avoid collision on break off, it is suggested to track perpendicular to the Line of Flight.

Let’s say there is one 4-way RW group (no video), and three 2-way freefly groups exiting from a caravan – given Exit Separation 6 seconds, Jump Run South to North, and each group exited appropriately. To assure avoiding running into groups, the 2-way freefliers are able to track perpendicular to the Line of Flight, allowing more separation between themselves and the other groups. 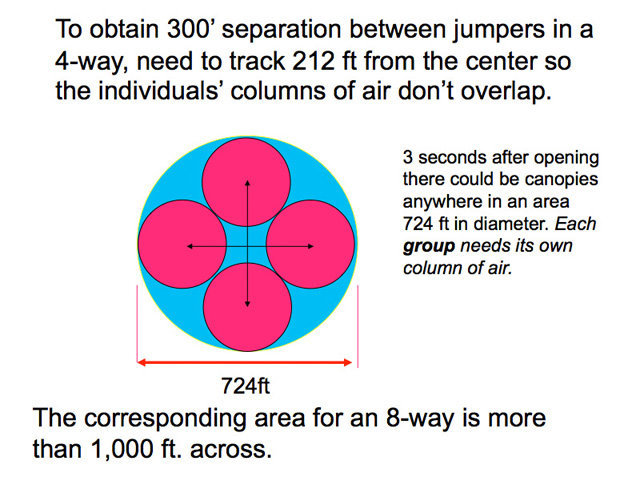 However, in a 4-way or larger, inevitably, part of the group may track Up and Down the Line of Flight. There are 3-options to this variable:

2: The 4-way could adjust their break-off and off-set their trajectory by at least 45° so as to break-off, off the Line of Flight 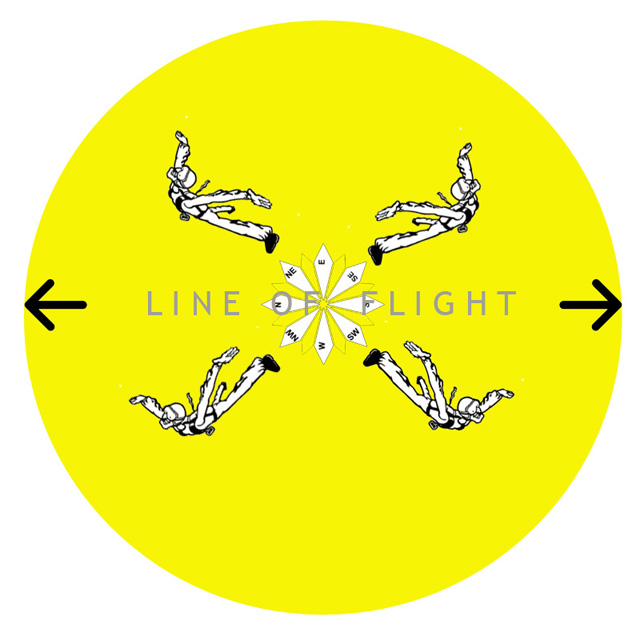 3: The group exiting after a group of 4 (or more), leave a little extra time before exiting to account for enlarging the Column of airspace for the previous group’s need space for break off

[Larger groups will absolutely need more time between groups to account for a larger distance covered on their break-off.]

Note: Angled, tracking and wingsuit groups are exceptions to the “Column of Air” example as they fly in a broader airspace and need special consideration for their flight paths. This requires communication and awareness from the entire load, including the pilot.

Why is Line of Flight important for canopy?

The canopy’s forward movement after opening still increases the distance towards the boundaries of the prior or previous group’s Column of Air. 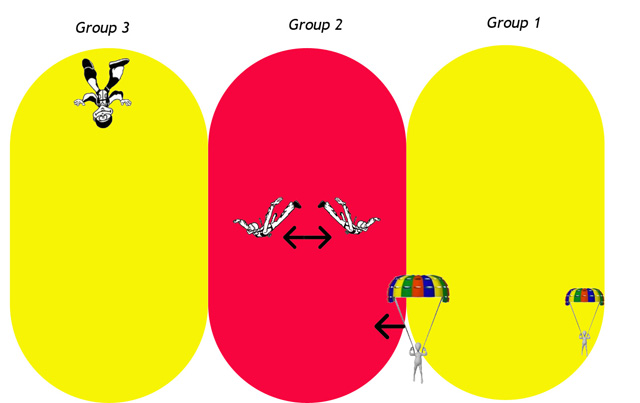 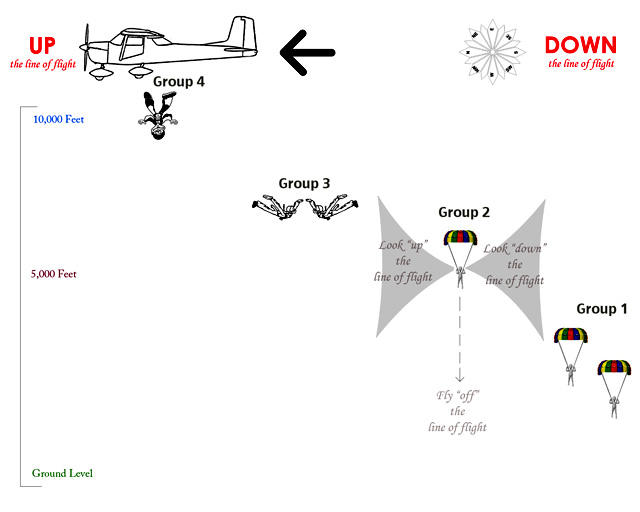 This will vary depending on Jump Run’s direction, surface winds, freefall drift, etc. However, if the landing Target Area is under Group 3 shown in the next Illustration, then Group 1 and 2 will have to fly Up the Line of Flight. If you find yourself in Group 1 or 2’s situation, fly off the Line of Flight and identify the groups that exited after you before you fly to the the Holding Area and Landing Pattern.

Try this at home:

1. Figure out Line of Flight (or Jump Run) for the day’s conditions and identify landmarks for specific directions

2. Make sure you note if your group is drifting up or down the Line of Flight; then assure you track accordingly

3. After deployment and opening checks, fly your canopy off the Line of Flight (if safe to do so) for 10-15 seconds.

There are always exceptions to the norm and many variables. Therefore, maintain awareness and use your best judgement in each situation.

Note: If this does not make sense, please consult an instructor at your Drop Zone for further explanation. This is not meant to be a sole training tool for skydiving or parachute flying. Full instructional methods will be provided at your skydiving school.

Drawings are not to scale