Cookie Composites are quick to admit that there was a fair element of luck involved in their success with the G3. At the time of release in the early teens, the tunnel industry was exploding - and the full face helmet was crossing over from the province of close-in disciplines where you need to be extra careful about catching a knee or an elbow in the face - to pretty much everyone. Flyers were after a greater level of comfort while training for extended periods of time indoors while retaining a level of communication akin to open helmets. People wanted to be able to see each other’s whole face - and with the G3 you could. Skydiving soon followed suit, because you could now wear your cool sunglasses underneath your lid and see all the big grins in the pictures and video.

While lucky with the timing, Cookie had purposefully pulled off a crucial victory with their product - it occupied a particular sweet spot between form and function that appeals greatly to skydivers. The G3 was desirably fancy - but not too posh or too shiny to the point where it stood out as worthy of mockery. A few scratches and a couple of stickers later, and it had become (in the most positive of terms) part of the furniture of skydiving. While there were functional alternatives available, the G3 became iconic - as much so as the L+B device on your wrist or the Cypres unit in your rig.

Over the last few seasons there has been a growing grumble in our sport about the level of protection offered by helmets specifically designed for flying. The biggest and most successful company is always going to be the softest target for conversations about the actual value a helmet with no impact protection material has for your brain in an accident, and the G3 has come under fire against new offerings from competing companies that have been through tests and carry a certification. The concerns over safety are certainly valid, yet these conversations would often neglect that for a very long time we were all basically completely fine with what was on offer, and from day one - if we had been genuinely more concerned about safety over comfort and style - everyone single one of us always had the option of wearing a $20 Protec just like we all did when learning to skydive in the first place.

In the meantime, Cookie Composites have quietly and diligently created the G4 - extensively researching every single material and design element to give us what we have been asking for. Instead of rushing something out, Cookie worked alongside others in the industry to help develop a brand new rating with the specific requirements of both the skydiving and tunnel environments in mind. 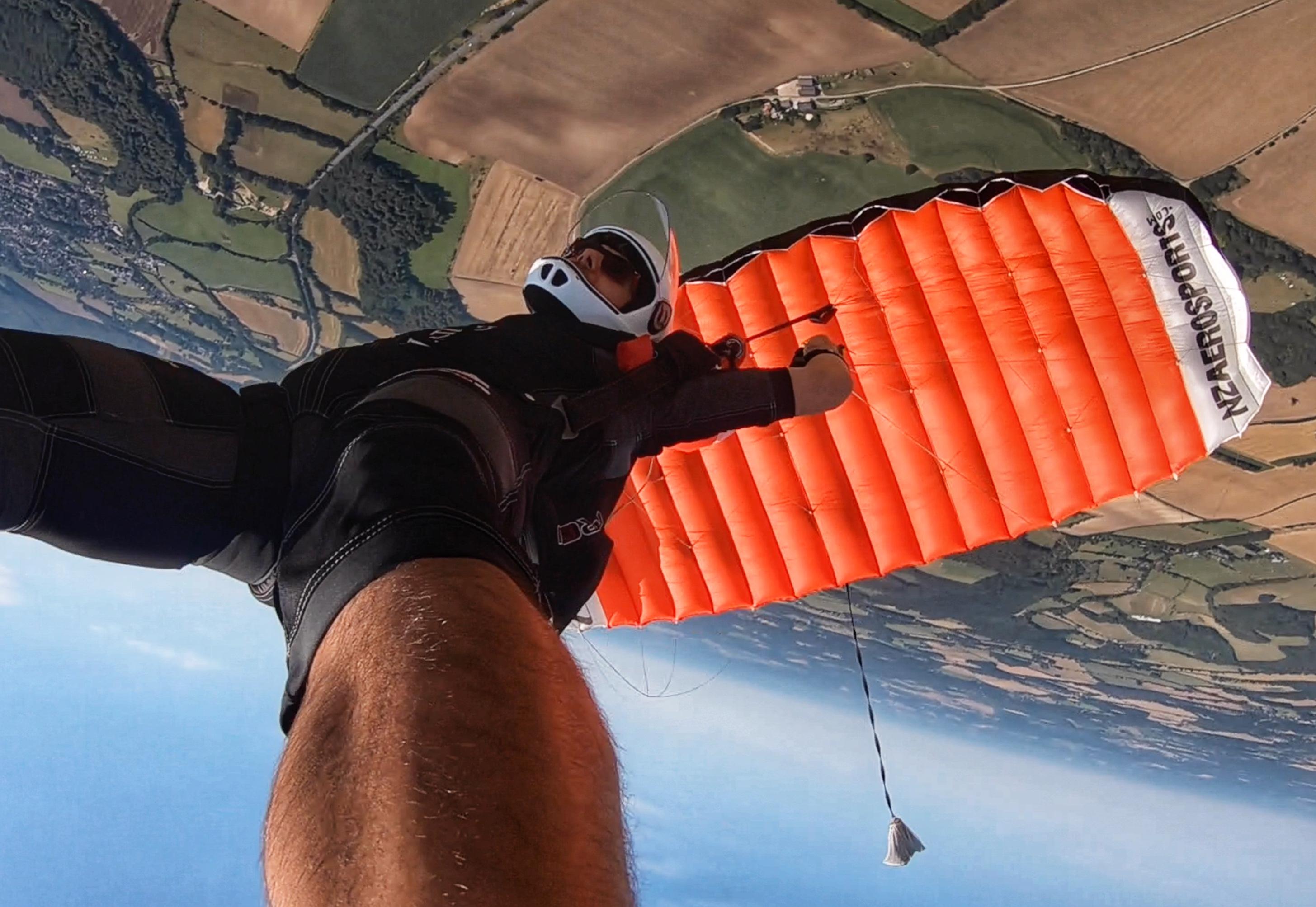 While purposefully retaining the same balance of form and function, up close it is clear that it is a complete redesign - applying many lessons learned from its predecessor. Here are the main differences that you likely care about the most:

Recessed Visor: High speed flying combined with any looseness in the springs could create a distracting visor vibration on a G3. The new design has the visor recessed to fit flush all-round with the shell to eliminate this effect. It also looks great.

Audible Pockets: While perfectly fine for a lot of people, many of us with funny shaped faces were squeezed by our audibles despite any amount of wiggling. Cookie have rebuilt the pockets - and now they fit into the shell with zero intrusion into the space where your head is supposed to be. Now I can jump with two sets of beeps, hearing them perfectly yet feeling nothing - unthinkable for me previously with even the largest G3.

Metal Springs: With the old design, over time the rubber springs would stretch out and require replacing - a process that even the most generous can only describe as a pain in the ass. While Cookie took steps to remedy this with good post-purchase support, they were always going to be searching for a new system. The G4 visor mechanism has done away completely with the rubber and now uses a metal spring arrangement that should eliminate the maintenance routine.

Rear Protection: While maintaining the same general look, the new shell goes down a little further at the back to offer some more coverage in a sensitive area. This does make the hole where you put your head a wee bit smaller, and changes slightly the familiar back-forward motion of putting on a G3, to something more akin to donning a motorcycle helmet.

Impact Rated: Now there is deformable material inside. The big design battle Cookie faced was to create a helmet that would pass the crash tests while always remaining something sleek and light that skydivers would embrace as the right thing. The G4 is a little bit bigger and a little bit heavier than the G3 - but comparing them with one in each hand there is really not much in it. With the redesigned interior allowing a bit more space around the ears, it does feel like a bigger helmet when you first wear it - but that is coming from someone who has been wearing a G3 for work since the day it was released.

The unsolved problem (for now) is that while the Cookie G4 as sold qualifies for this new rating specific to skydiving, the tests are very precise indeed. As soon as you make any modifications at all to the weight or shape you are no longer using the helmet that has been qualified - you are using something else. The truth is that the myriad what and where of how we mount cameras makes practical testing out of reach. Along with impacts, a part of the new rating are thorough snag tests - and adding even the smallest, sleekest camera mounts would fail them.

The question we now face is that is it safe to assume that a helmet designed from the ground up with impact protection in mind going to provide a greater level of protection in a crash regardless of where you stick a camera on it? I know what I believe. 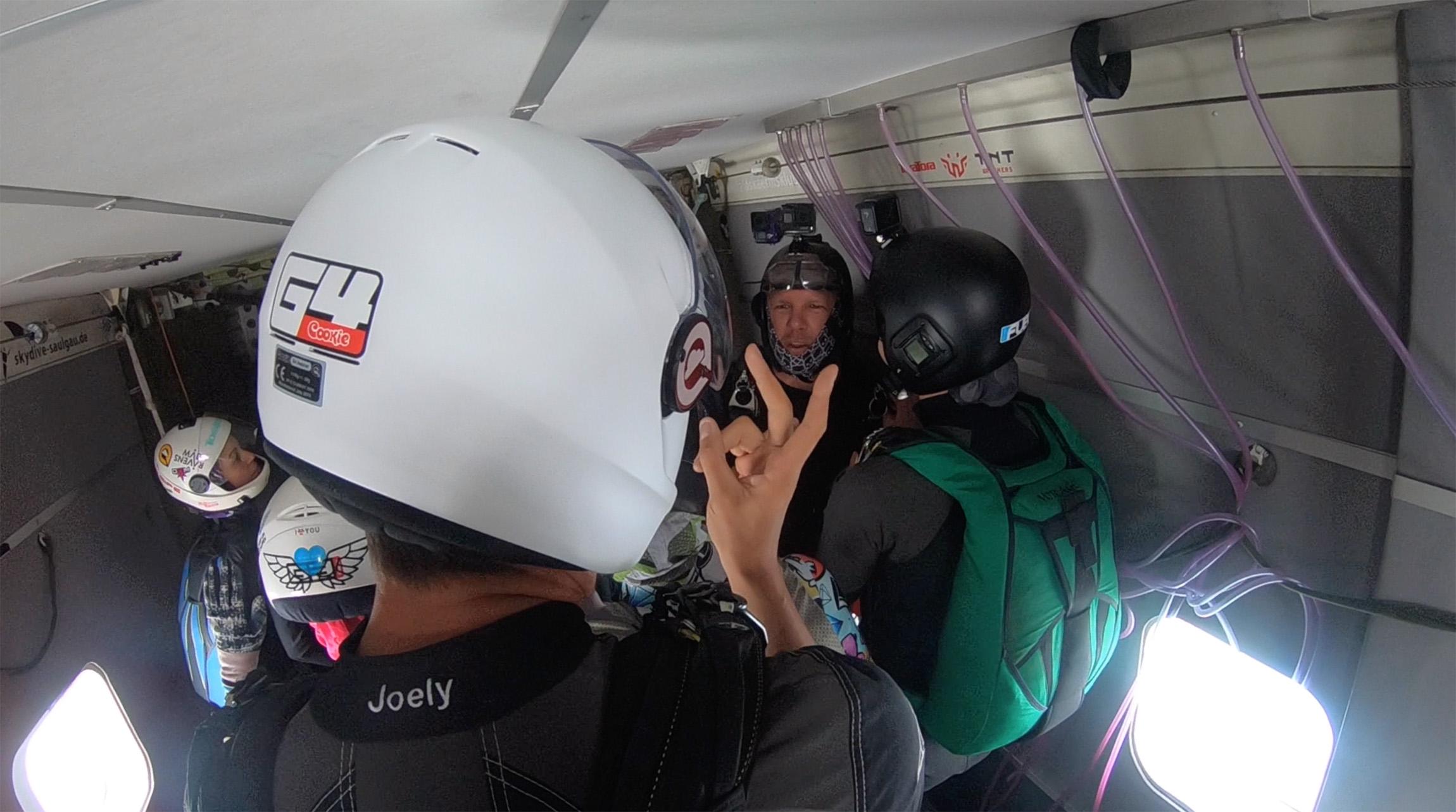 The driving force behind Cookie Composites - Jason Cook and Jeremy Hunt - speak passionately about their company and their products. A quick hello turns into two hours of sharing their experiences creating the G4. The lessons from the previous design have been studied, revised and thoroughly applied - along the way investigating and investing in all manner of materials, theories and processes to make it the best it can possibly be. Cookie’s success this decade has given the company the knowledge and the practical means to deliver a new product that should occupy the same place in our sport that its predecessor has done for many years. Their visual presence and the level at which they support our sport can make Cookie Composites can seem like a big company, but at a basic level it is still a handful of skydivers tinkering around in a workshop, putting in a great deal of time and effort to make something that works the best for their friends and their community around the world. Long may it continue.

Does the G4 live up to the hype? Yes. Yes it does.